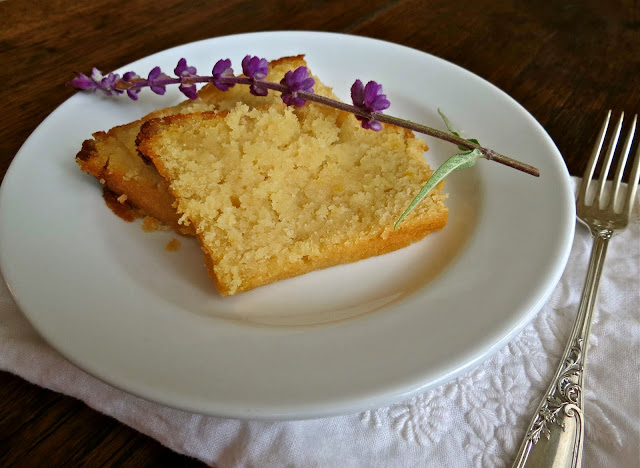 I have a friend at work who is returning from maternity leave and she loves lemon cake.  I had some nice Meyer lemons in the fridge and googled lemon cake and found a delish recipe from Ina Garten and decided to see if I could make it gluten free as I also am trying to be more GF since it really makes me feel much better. I admit it- I HAD to try a wee bit to make certain the flavors were correct and wow this cake has some ZING to it! You would never know it's GF either. The original recipe calls for 3 cups flour and instead I did 1 cup almond flour, 1 cup coconut flour and 1 cup GF all purpose flour. I also added fresh lavender to the lemon sauce which is poured over the cake after baking and before glazing, and it added a really nice, subtle hint of lavendar to the cake. Very delicate. Reminds me of something women in the Victorian era would have eaten with a cup of tea. The cake also freezes well if sealed tight for 3 months.

DIRECTIONS
Preheat the oven to 350 degrees F. Grease and flour 2 (8 1/2 by 4 1/4 by 2 1/2-inch) loaf pans. You may also line the bottom with parchment paper, if desired.
Cream the butter and 2 cups granulated sugar in the bowl of an electric mixer fitted with the paddle attachment, until light and fluffy, about 5 minutes. With the mixer on medium speed, add the eggs, 1 at a time, and the lemon zest.

Here's what the butter cream looks like after about 5 minutes... 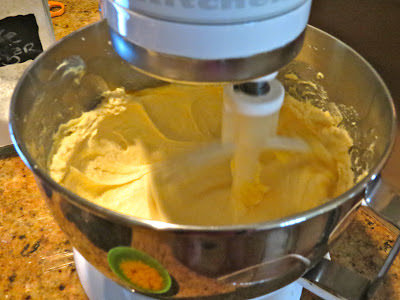 Sift together the flour, baking powder, baking soda, and salt in a bowl. In another bowl, combine 1/4 cup lemon juice, the buttermilk, and vanilla. Add the flour and buttermilk mixtures alternately to the batter, beginning and ending with the flour. Divide the batter evenly between the pans, smooth the tops, and bake for 45 minutes to 1 hour, until a cake tester comes out clean.

Our sweet pug puppy Snorty McSnuffles decided to take a nap in the dishwasher while she waited for the cakes to bake :-) 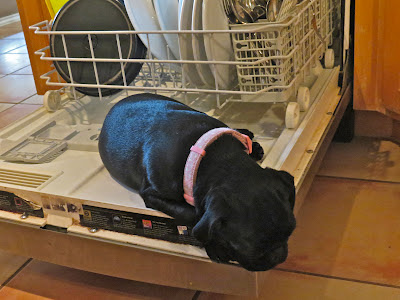 While cakes are baking, Combine 1/2 cup granulated sugar with 1/2 cup lemon juice in a small saucepan and cook over low heat until the sugar dissolves. 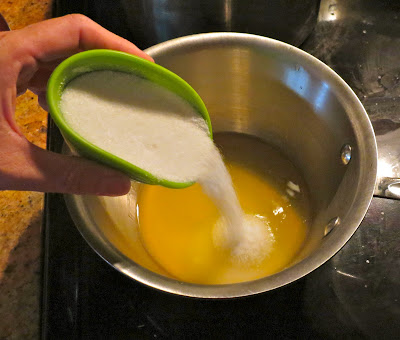 Here I added some fresh lavender leaves from our garden to slightly perfume the sauce. It's very subtle but lovely. 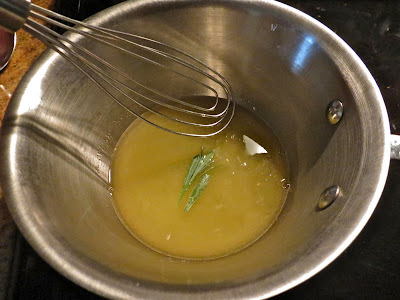 When the cakes are done, allow to cool for 10 minutes. I left them in the pans to really absorb the sauce after I spooned it on them.  This really adds some zingy spark to the cakes and makes them super moist! Allow the cakes to cool completely. Then remove from the pans and prepare to glaze. 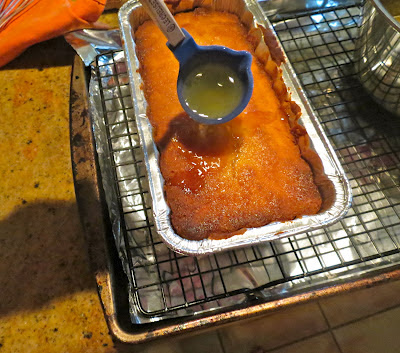 For the glaze, combine the confectioners' sugar and the lemon juice in a bowl, mixing with a wire whisk until smooth. Pour over the tops of the cakes and allow the glaze to drizzle down the sides. 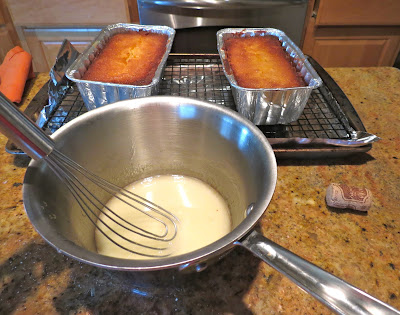 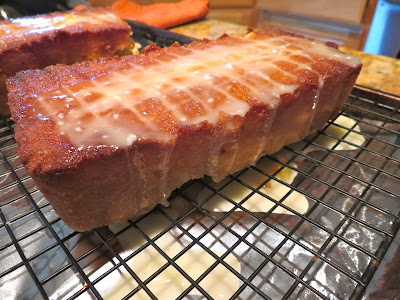 I would have doubled the glaze recipe as I didn't think there was quite enough to truly douse the cakes. This is definitely NOT South Beach diet friendly and I hope my friend Monica likes it!! I froze the other cake for later, when I am through with the torture :-)