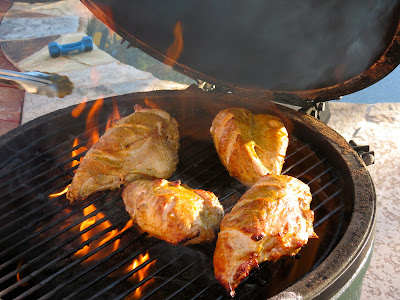 Well as it turns out, the Big Green Egg makes a splendid Tandoori oven!

We have made it twice now. The first time I made a marinade I found online here and the second time I used a fantastic marinade seasoning packet I bought at Whole Foods.. 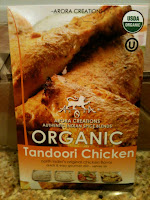 I simply added 1/2 cup Greek Yogurt, 1/2 cup canola oil, 1/2 cup plain distilled vinegar and a dash of lemon juice. Marinade a whole cut up chicken for 24 hours and you are ready to roll.

We placed our BGE grill plate upside down for indirect cooking, added a grill grate and raised the temp to 600 degrees. Place the chicken on some foil on the grill and cooked it for about 35 minutes. WOW!! This was as good as anything I've eaten at The Clay Pit. 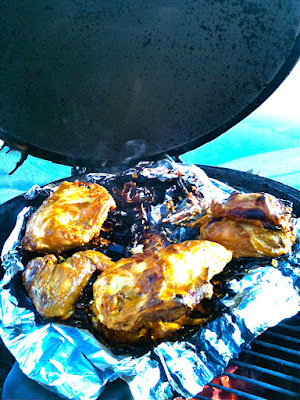 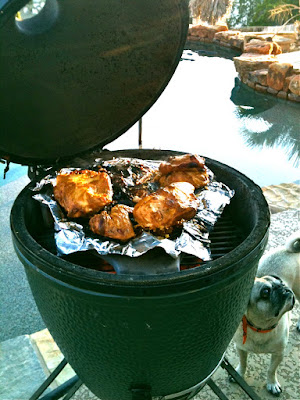 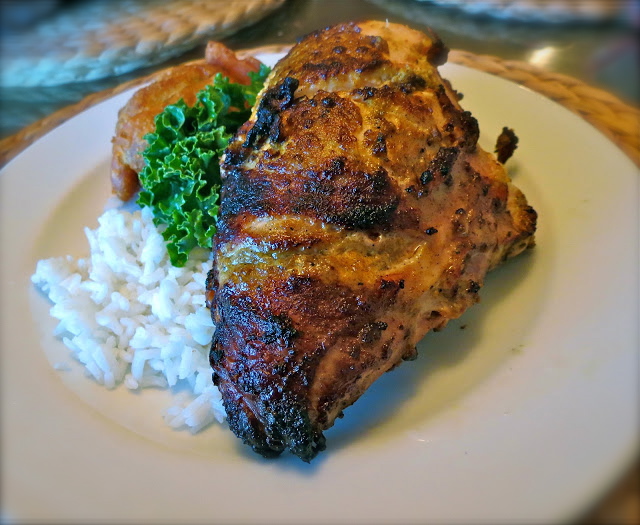 I placed it in the oven to keep warm, turned the BGE down to 400 degrees and grilled some fresh naan bread. The whole thing was fabulous. 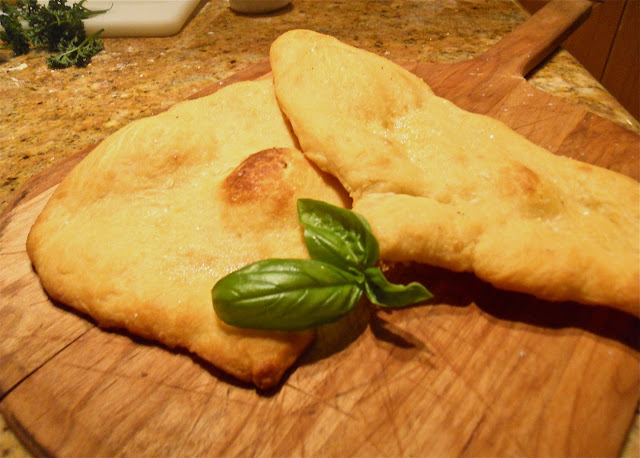 I let the yeast rise in the warm water about 10 minutes, then I mixed the ingredients in a mixer, then placed the dough in a bowl rubbed with olive oil. I covered it with a damp towel and let it rise for two hours. I punched it down and let it rise another hour.

I separated the dough into 4 balls and on a lightly floured surface, flattened them into discs. I sprinkled some more salt on them, placed them on the grill and cooked until they were lightly browned, about 12 minutes. I brushed them with melted butter and served.