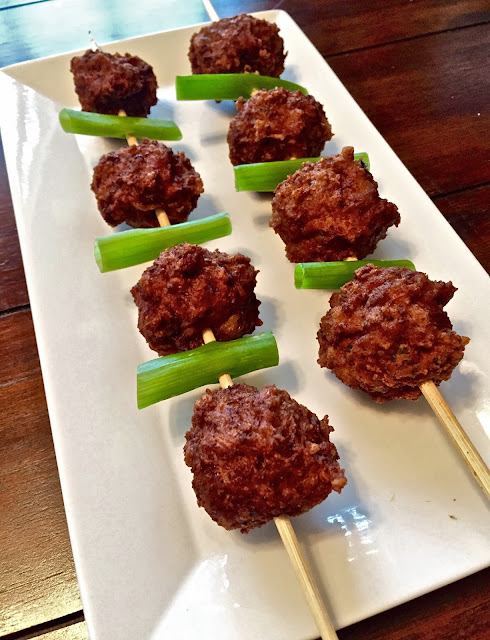 It's a rainy Memorial Day and while normally we'd be sitting poolside throwing something on the grill, we are forced indoors due to much needed rain and grey skies. It gives one pause to think of those who sacrificed their lives for our freedoms. Granted, everyone likes a day off to sleep in and let loose, but the significance of the day weighs heavy on the mind. I was named after my great uncle who was killed by vicious Germans in the Ardennes Forest during WWI. He was only 27 years old but apparently a brave and kind young man who's life was cut short fighting for what was right and good. I'm proud to carry his name.

Since we are indoors and may have a few friends over later, we decided to make some small bites. As a girl I loved Kentucky Fried Chicken like no one's business (except for my grandmother's recipe which was like no other). The original KFC recipe was so tasty and back then they weren't using these freakish lab chickens (so cruel) and harmful GMO stuff. Apparently they did use MSG, and since I'm allergic to it, I'm better off having not enjoyed KFC since the late 80s. These little meatball poppers have a taste surprisingly similar to the KFC original recipe and are delicious little morsels that also freeze quite well. 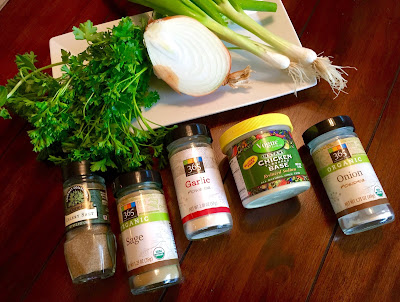 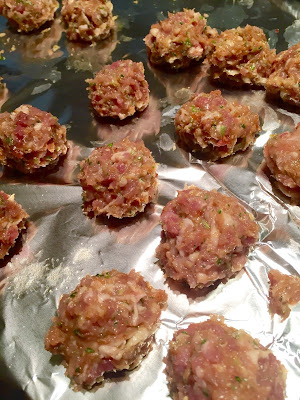 In a food processor finely chop onions, parsley and eggs. Add mixture to meat with the seasonings and blend well. Form into meatballs and deep fry in grapeseed or peanut oil preheated to 350 degrees for about 4 minutes or until golden brown and cooked through. Serve on skewers or toothpicks for easy finer food. Goes great with Ranch, honey mustard or tzaziki sauce for dipping. 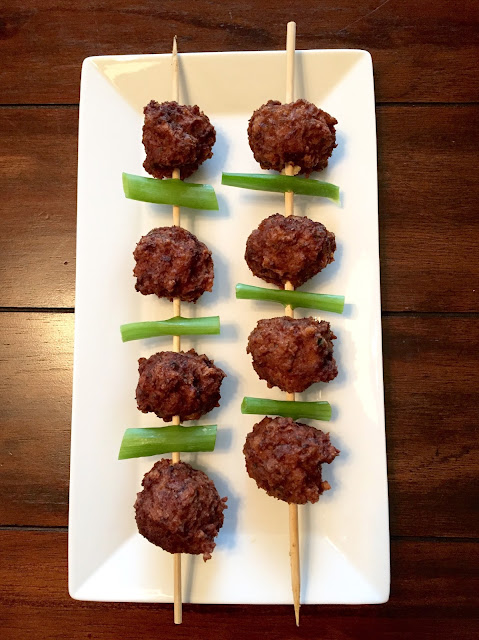