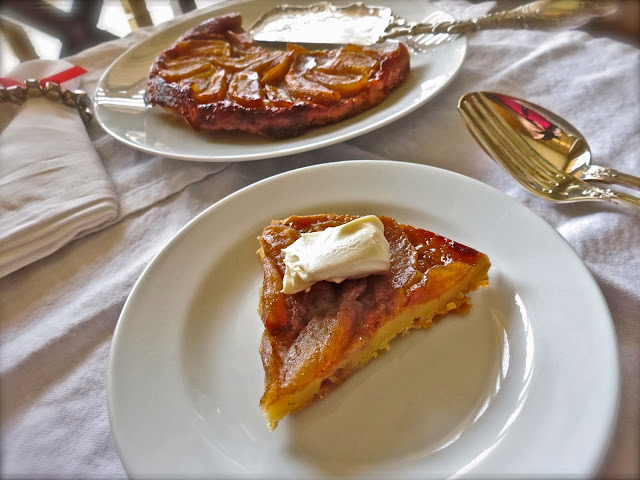 Mon Dieu this thing is sinfully delicious!!!!! While this treat is gluten free it's most certainly not glutton free. I honestly don't have too much of a sweet tooth, but have found that since going gluten free I've been missing the occasional French pastry. None of our local bakeries make GF pastries, so if it's meant to be, it's up to me. I am definitely NOT a baker. I prefer savory cooking because I'm not a fan of exact measuring and tedious labor, but this was surprisingly much easier than I thought it would be. And it is decadent. And every single bite was worth the time I'm going to be spending at the gym today.

Part of what inspired me to bake this is my new bag of Thomas Keller's Cup4Cup flour I recently bought. Would it stand up to the flavor of wheat flour? The answer is an astounding YES!! The flour works like wheat flour and TASTES like wheat flour. And yes, it costs me $20 for a big bag of it, but it's worth every penny in my opinion.

For the Pastry
1.5 cups Gluten Free flour blend
1 tablespoon light brown sugar
1 pinch sea salt
5 ounces cubed butter- very cold- I put it in the freezer 20 minutes. Use a high fat content butter such as Pflugra- you want 83% or more.
1 large egg
1/4 cup heavy cream or buttermilk (blend it with the egg)

I used a food processor to make the dough and it was super easy. But you could do it by hand by pinching the flour blend until the butter forms pea sized lumps and the dough gets kind of shaggy. I even froze the blade on the food processor because I was taught that the colder the butter, the better.
The dough ball looked like this... 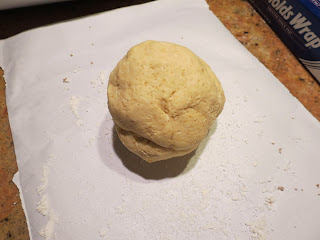 So I blended the dry ingredients until the butter was pea sized, then I poured in the cream and beaten egg mixture in and blended until the dough was smooth. I formed it into a ball and put it back in the freezer while I peeled and sliced the apples and mixed them with the juice and spices- about 10 minutes.

I then took out the dough, placed it between two pieces of parchment paper and rolled it flat with a pin. I peeled off the top layer of paper, I placed my skillet over the dough and with a pizza cutter, trimmed the dough around the skillet. Put the dough on parchment back in the freezer and started the caramel apple mixture.

In a 9 inch cast iron skillet over medium heat, I melted 4 tbs butter. Added the 1/2 cup sugar and 4 tbs water and stirred until smooth. 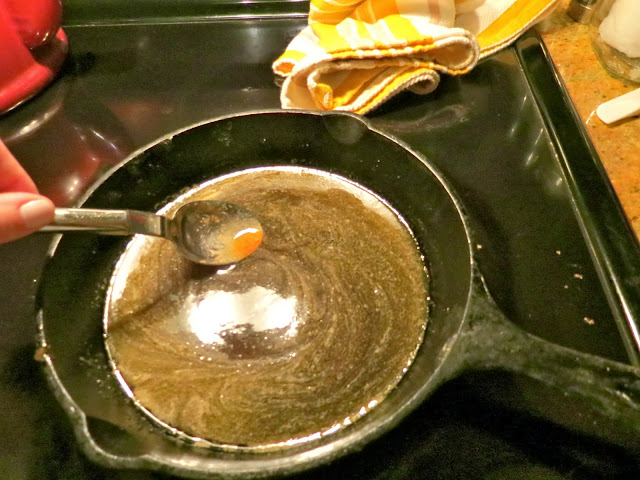 I then layered the apples in a flat circular pattern around the pan and let it cook over medium low about 12 minutes until the apples began to soften. 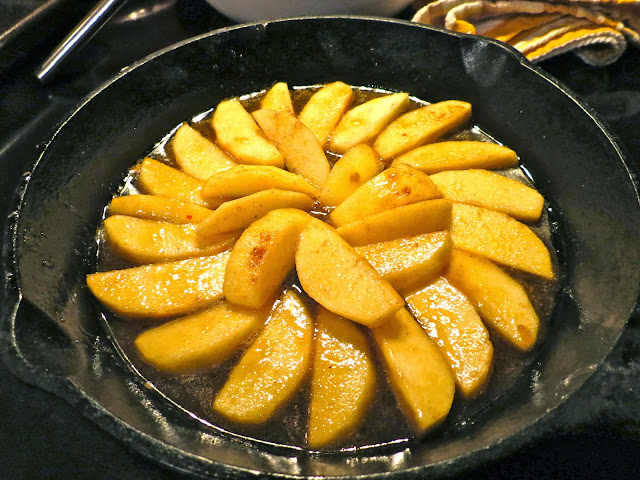 Once the apples were ready, I placed the dough over them and tucked in the edges around the apples. Popped it in an oven pre-heated to 400 degrees and cooked it about 35 minutes until the dough was golden brown. Be sure to check it after 20 minutes and every 5 minutes after as each oven varies. 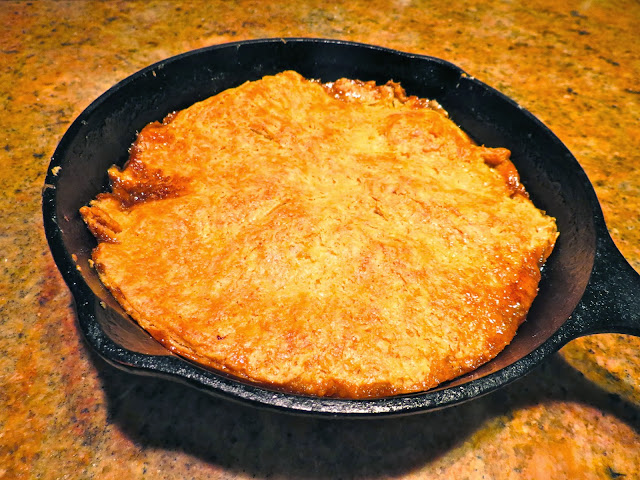 I let it cool in the skillet about 15 minutes so that the caramel sauce didn't drip when I flipped the tarte over. To do this, place a plate over the skillet and carefully, yet quickly, flip the skillet upside down so the tarte lands on the plate. If you have a husband or strong person lying around, he/she could be a nice person to recruit to do this as the skillet is pretty heavy and you may be a little nervous you'd drop it ;-)

Serve the tarte warm with a dollop of whipping cream or marscapone. Then go run a few miles. Or eat another slice... 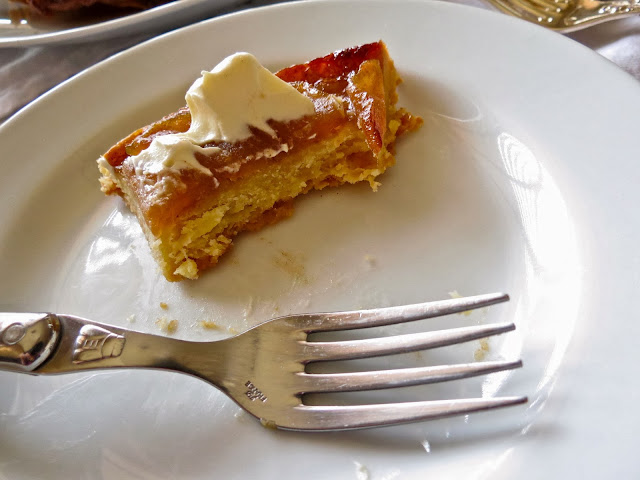 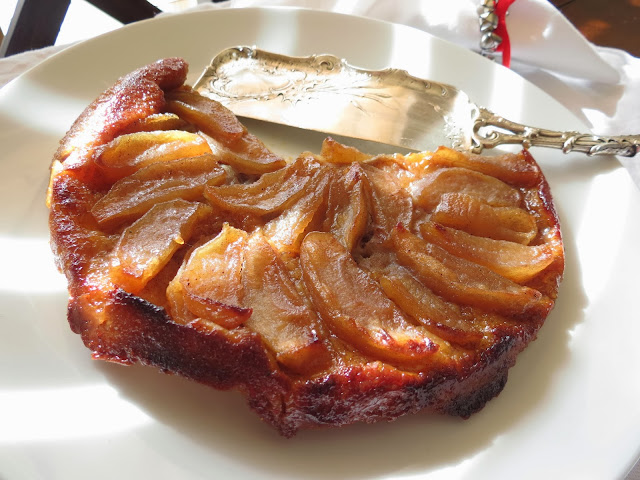