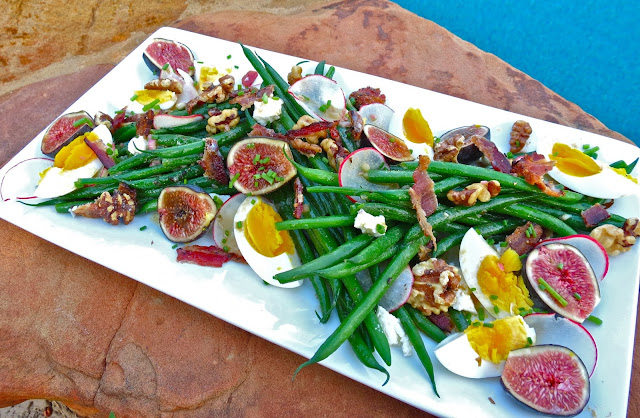 It's no secret that I am a huge fan of Chef Thomas Keller and I absolutely love his approachable and comforting dishes from his Ad Hoc at Home Cookbook.
I once had the good fortune to dine at Ad Hoc when visiting the Napa Valley and the standout dish was most definitely the bean salad. Served room temp with frisee, nicoise olives and gigante beans it was simple yet memorable. 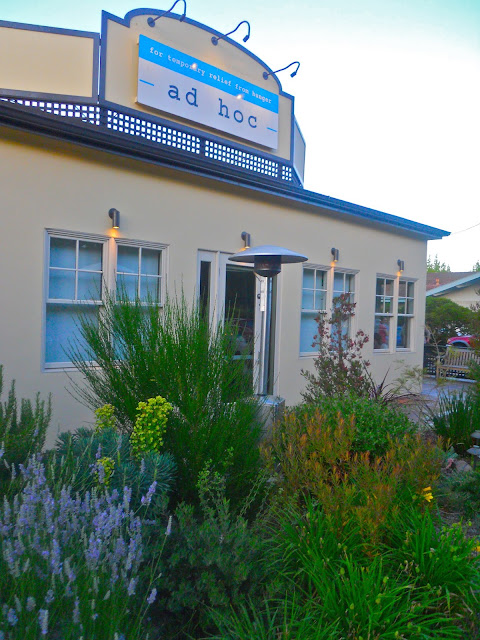 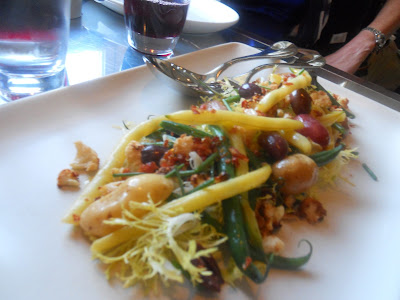 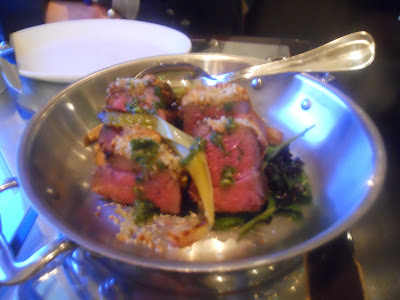 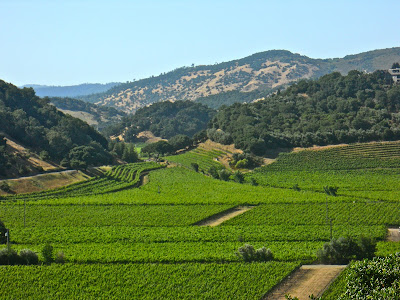 The Perfection of Napa Valley

The recipe in the cookbook is also very straightforward and every bit as delicious. Our friend Patrick slow roasted a pork shoulder on his Big Green Egg (recipe soon to follow), and we decided the Ad Hoc bean salad and some cheddar beer mashed potatoes would be a nice accompaniment. Since we were making the mashed potatoes, I took the liberty to switch up the recipe from Ad Hoc a bit by substituting the boiled potatoes with medium boiled egg (hard boiled eggs, just cooked for 8 minutes to yield a tender, bright yellow yolk versus a hard, crumbly one). And instead of serving the salad with Iberico Ham or prosciutto, I made it more BBQ friendly by crumbling our sugar cured bacon on top.

This recipe is easy for entertaining because most of it can be prepared a day ahead and assembled shortly before serving. I think it is best served at room temp, so let it rest for 30 minutes before presenting.

Bring a large pot of salted water to a gentle boil to blanch the beans. Keep a large bowl of water and ice next to the the stove to "shock" the beans and stop them from cooking. Once the water is boiling, throw the beans in for about 3 minutes then drop them in the ice water for about a minute. Drain and dry them on a paper towel lined cooling rack set over a cookie sheet. Hold the beans in a bunch and using scissors, trim the tough stems off of them. Store in a ziploc overnight or until ready to assemble.

Then add three eggs to a pot with lightly boiling salted water  and simmer about 8-9 minutes. Place them also in a bowl of ice water to stop cooking them and make them easy to peel. Store them in a container or ziploc.

Preheat an oven to 375, and toast the walnuts on a cookie sheet with parchment paper for about 10 minutes, turning the pan around after five minutes to ensure even cooking. After 10 minutes remove the walnuts and sprinkle generously with sea salt.

Using a mandolin or very sharp knife, thinly slice the radishes and store in ice water to keep them fresh, dry with paper towels before assembling the salad.

When ready to prepare, toss the beans and half the chives in 1/2 of the vinaigrette (reserve the rest in the fridge for later use up to a week), then top with toasted walnuts, eggs, radishes and a few crumbles of goat cheese, bacon and remainder of chives. Sprinkle some more coarse sea salt and give it a few cracks of fresh pepper plus a splash of fresh lemon juice. 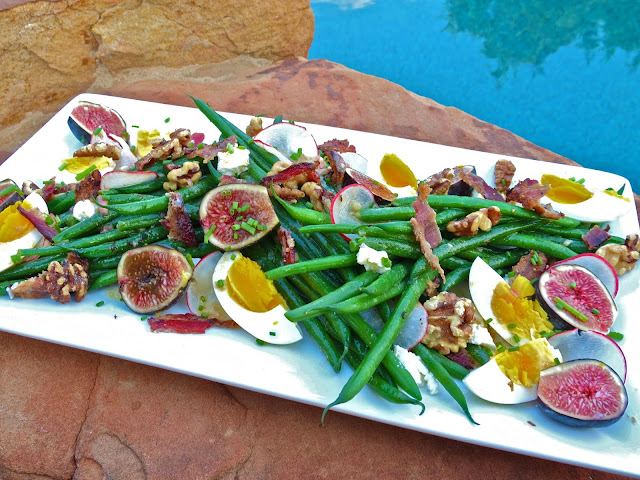