I honestly have no idea how the month of July just FLEW by!!! So far it's been a busy month at the office and we took our darling niece on a jaunt to the coast for a surprise for her birthday. It looks like August is going to be just as crazy, but we've still managed to squeeze in a few good grills on the Big Green Egg and this was one of them. I wasn't really planning to blog this as it was a first time for me to make this, but it ended up so good that it had to be posted.

Our butcher was selling flap steaks. I'd not heard of flap steaks and after doing some research found out it is also referred to as "bavette" in France and "sirloin tip" in New England. It is often confused with skirt steak or hangar steak, but I find it worlds better than skirt steak. My mother used to pan sear a bavette steak in butter and onions finished with wine and stock when I was a child and I'd totally forgotten about it until they were for sale.

This being summer all the mangoes and avocados and watermelons at the market are bursting with flavor, so I thought preparing the flap steak for tacos with some fruit "pico" would be tasty. And it was... 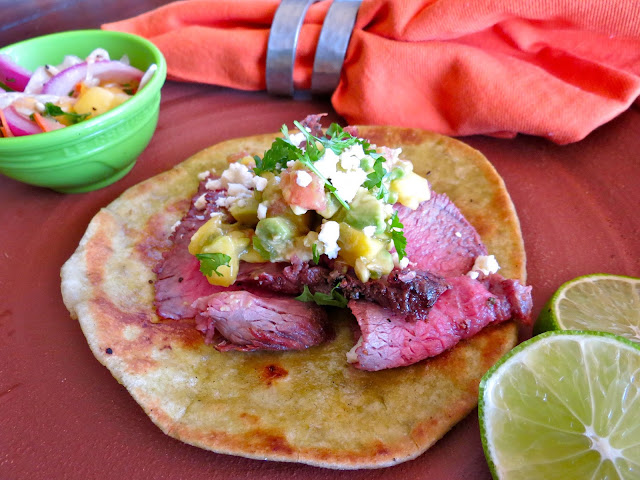 Mix all ingredients in a ziploc bag and marinate 24 hours


We lit the Big Green Egg up to 400 degrees over indirect heat and grilled the meat about 15 minutes, flipping a few times until the meat had a nice bark, but was still medium rare in the middle.

While the meat rested on a carving block for ten minutes, I heated up 1 tbs butter in a non stick skillet and browned tortillas on one side until golden. Now let me tell you about these tortillas we use because they are the next best thing to homemade and are an outstanding local product by a company named Paqui. We love the roasted jalapeno flavor shown below. They are insanely delish!! 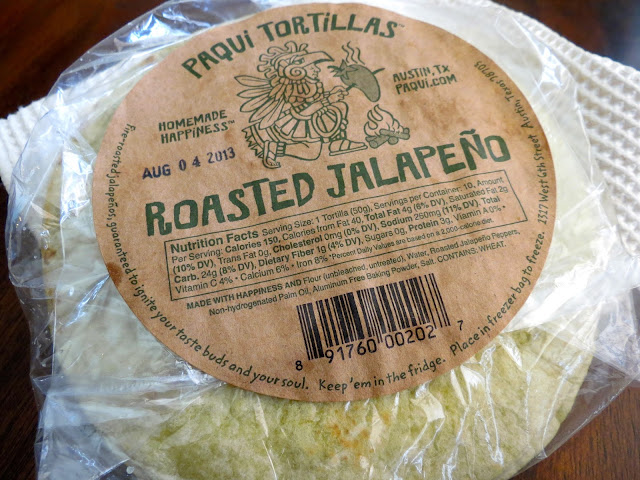 But they taste even more insanely delish when browned in a little butter! 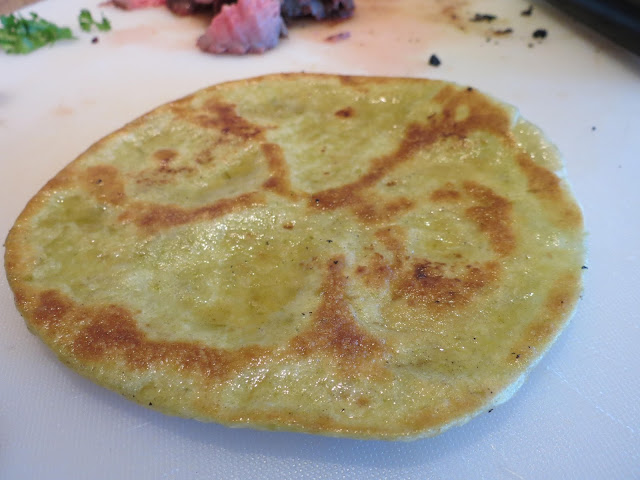 After the meat has rested and the yummy juices have nestled back into the steak, slice it very thinly against the grain of the steak like this... 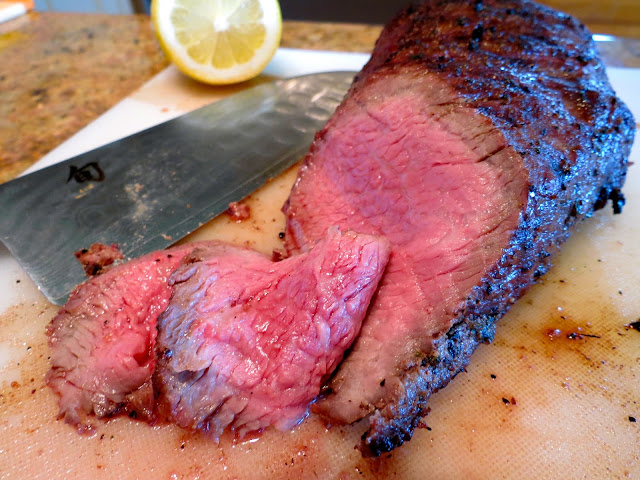 I like the flap steak because it is less grainy and fatty than flank or skirt steak and reminded me almost of a nice juicy Sunday roast beef.

We topped the toasted tortillas with meat, pico a bit more fresh cilantro and a few crumbles of cotija cheese and all became very, very quiet at our table as we thoughtfully chewed this savory goodness. Wash it down with a little Pacifico and you have the perfect Texas summer lunch. 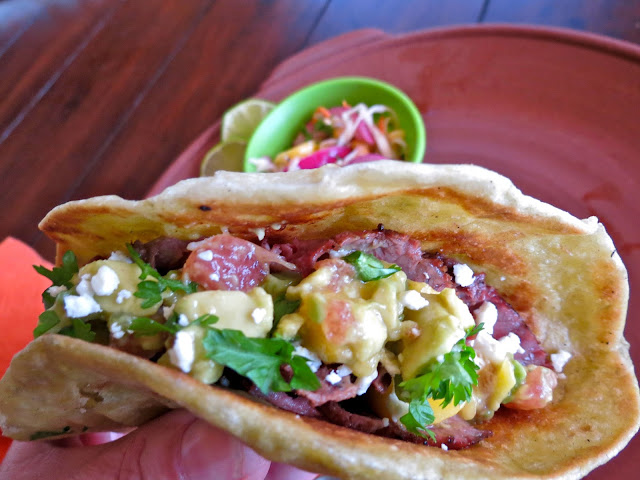