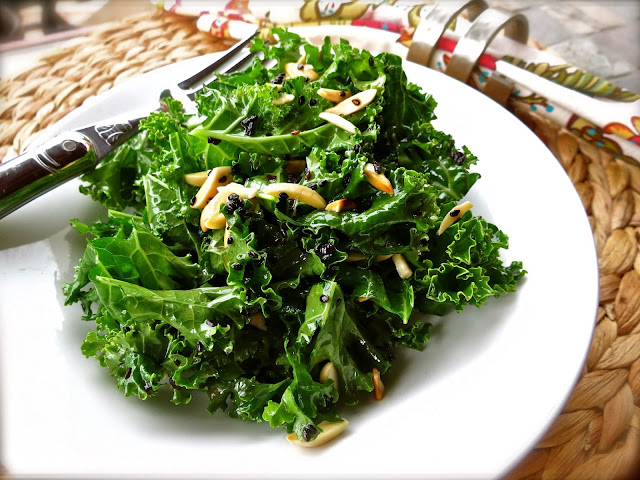 Things have really started heating up here in Austin with temps already close to 100 degrees. Yuck! It's like a swamp outside. So we basically are living in the pool and cooking all meals on the grill to prevent the house form heating up.  We've also been into salads as they are so refreshing and healthy and cleansing to the body during the hot and sticky weather. I tried the sesame and kale salad at Whole Foods but it had about 25,000 milligram of soy sauce sodium, so I decided to tweak it and make it less salty at home. The hubby, who has an aversion to most things green loves it- so that's saying something! 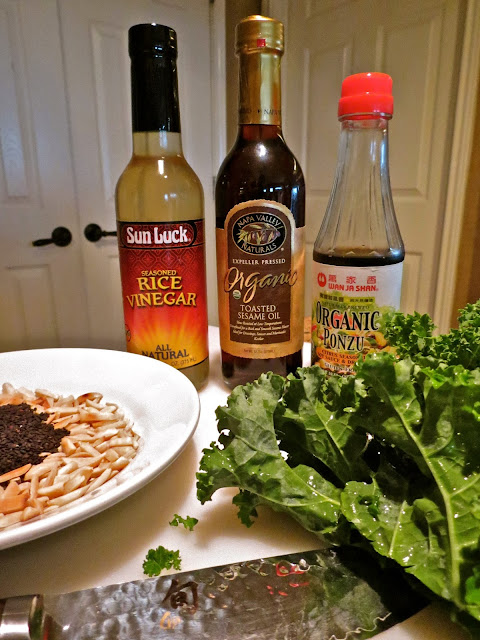 Combine dressing ingredients and toss it about it with nuts, sesame seeds and kale in a sealed  tupperware. Let it "marinate" and soften the kale about 2 hours before serving. 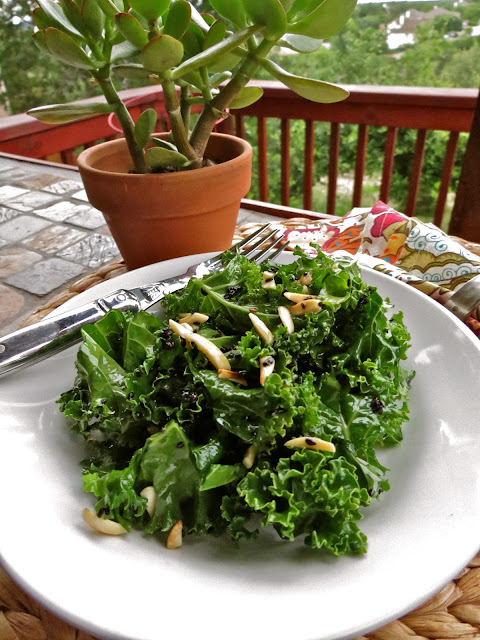