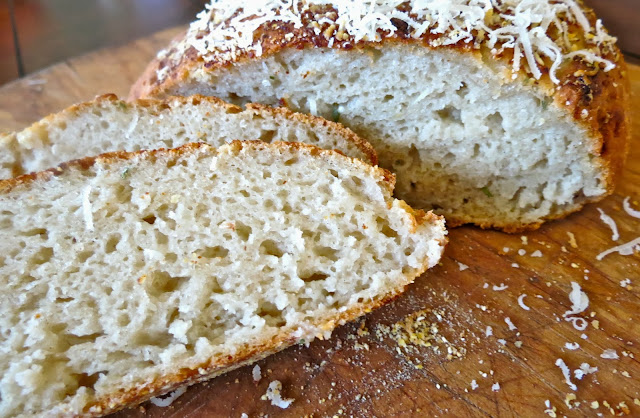 I've been doing very well sticking to my attempts to adopt a paleo lifestyle, but to be quite honest, I think I may have to be 90% Paleo as I just like bread and pasta too much and the thought of never having them again (as an occasional treat, of course) just doesn't seem feasible to me right now. That just seems like a blatant robbery of my life experience.

This morning before my walk I was tying up my laces while sitting next to my flourishing rosemary bush when the thought, or more accurately, the DESIRE for fragrant rosemary bread engulfed me.  I thought about it during my walk while listening to Marcus Samuelsson's touching memoir Yes, Chef and by the time I returned home a light rain began to fall and my mind was made up that I was going to make some fresh bread.

I've tried a variety of gluten free flour mixes and of them all I have found a blend of Pamela's Bread flour and Pamela's Artisan flour mix is pretty terrific (besides Thomas Keller's Cup4Cup which I plan to order as I hear it's a shoe in for the real deal). While I know a lot of people make their own flour mixes as it is more economical, I don't want a bunch of flours and xantham gum, etc taking up pantry space, so pre-mixed flours work great for me. This bread was light and airy and tasted like a true gluten flour artisan boule! I was thrilled...

In a large bowl coat it with olive oil, then sccop the dough and form into a ball, drizzle with olive oil, cover with plastic wrap, then a towel. Let it sit in a warm place for two hours. 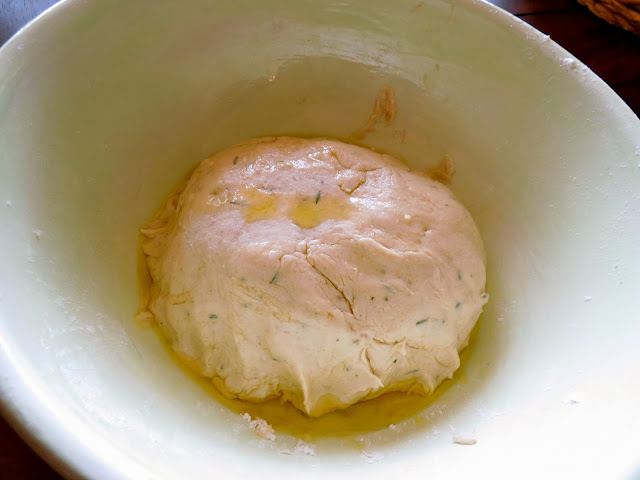 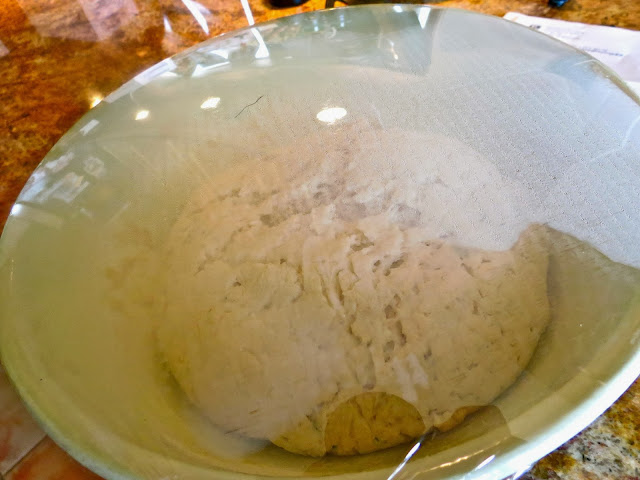 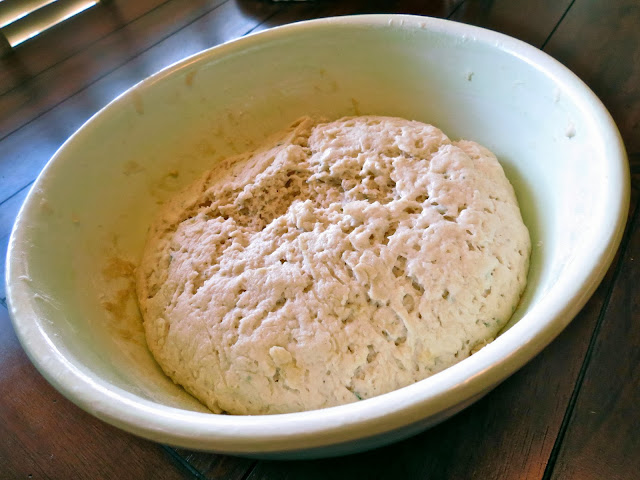 Divide the dough in half (Wrap up the other half in freezer friendly wrap and save for later use- lasts 3 months in the freezer) form into a ball (put gf flour on your hands). Then place it on parchment paper sprinkled with corn meal. I shaved fresh Parmesan on top and course salt just before baking. To bake, heat a pizza stone in the oven to 500 degrees for 30 minutes.

Place the bread on the stone with the parchment paper and bake at 500 degrees for ten minutes, then lower the oven to 400 and cook another 10 minutes or until the temperature of the bread reaches 200 degrees. Sprinkle with more Parmesan cheese and let it rest 15 minutes before slicing (this is the hard part!) 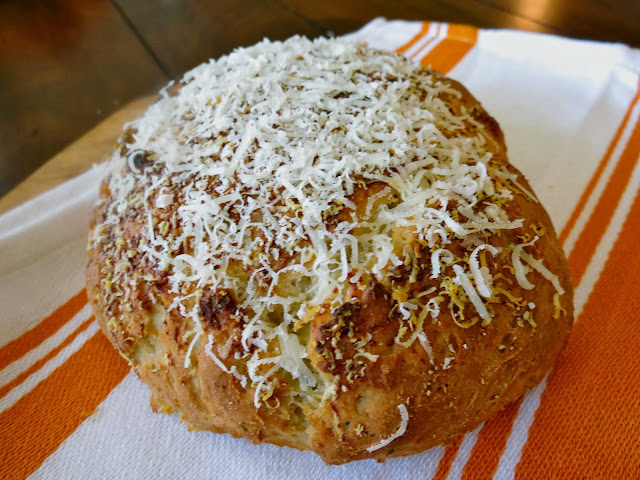 Look at those airy holes!!! No dense hockey puck bread in my house! 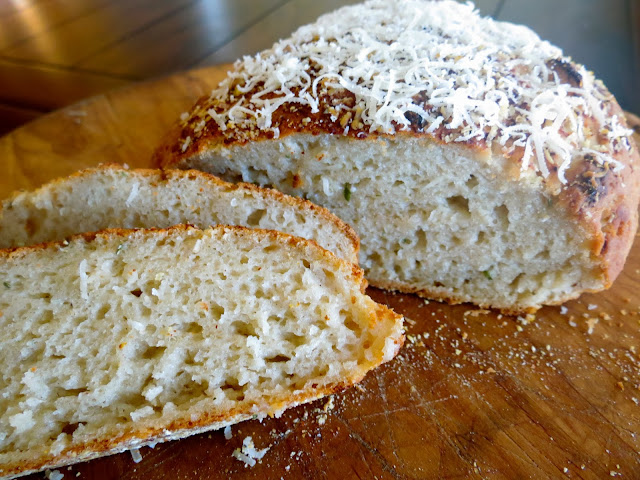