Today's post is all about those cute little cabbages known as Brussels Sprouts. I've always loved Brussels Sprouts (maybe because my mom is from Brussels??) Brussels Sprouts are alot like the Belgians; they're petite, firm and very versatile! The figs at the market have just been so bountiful lately, so I had to throw them in this tasty little recipe. I have been trying hard to up my cruciferous veggie intake lately as I've decided to follow a Paleo diet per my doctor's instructions. Paleo is a good diet to follow for those who like me, are gluten intolerant and have high blood sugar. It's been an adjustment, but I'm already feeling so much better after a short time of following the diet that I think the sacrifice of wheat and gluten and dairy and sugars will be worth it in the long run. So the blog may be taking on a bit of a twist with my recipes soon.
** Just a side note: some Paleo enthusiasts say bacon is not Paleo friendly, while others do? So I'm going to go with the camp that is pro bacon ;-) 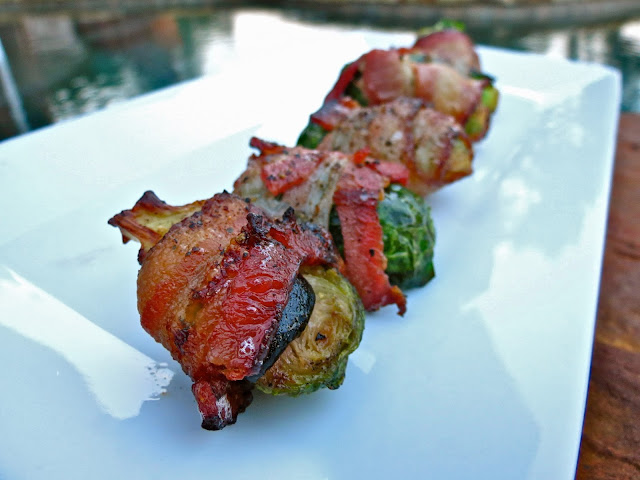 This side dish is very simple and incredibly tasty too. I simply cut some Brussles sprouts in half, steamed them about 6 minutes, then when they'd cooled I smeared a little goat cheese on them plus a slice of fresh fig, wrapped in apple wood smoked bacon and skewered them like a kabob.

I grilled them flipping often about 15 minutes until the bacon was crispy. They were delicious! They could also roasted in the oven on a cookie sheet at 400 degrees for about 20 minutes. They taste great re heated in the microwave too, so make a large batch for later use. 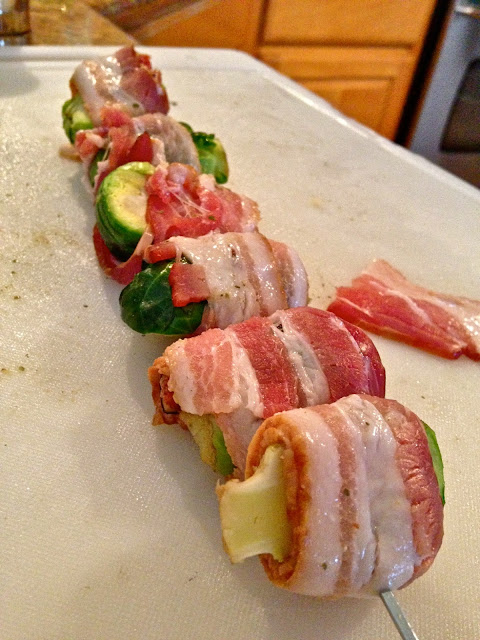 I've been learning a lot about Paleo cooking from these two great blogs: Practical Paleo and Everyday Paleo 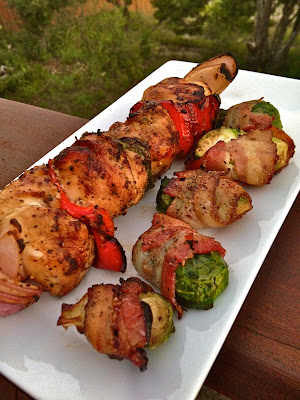 
Another clever and tasty way to combine Brussels sprouts and bacon is to layer some sprouts which have been cut in half on a cookie sheet lined with aluminum. Sprinkle some roughly chopped garlic on them, fresh pepper and then bake some bacon on a cooling rack on top of them. The bacon fat drips over the sprouts, caramelizing them and making them super tasty. Bake at 350 for 30 minutes or until bacon and sprouts are crispy. 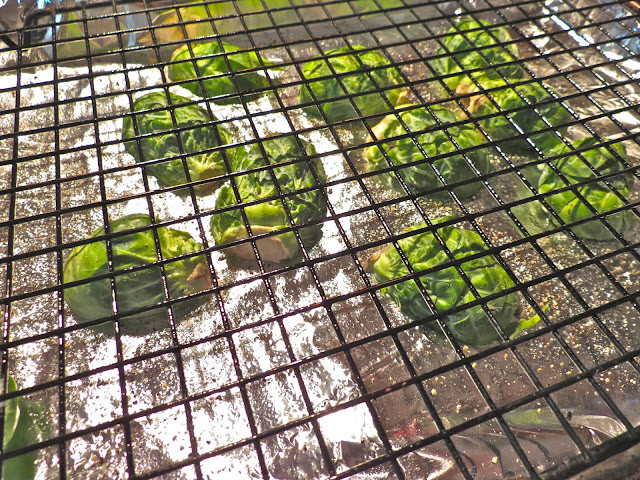 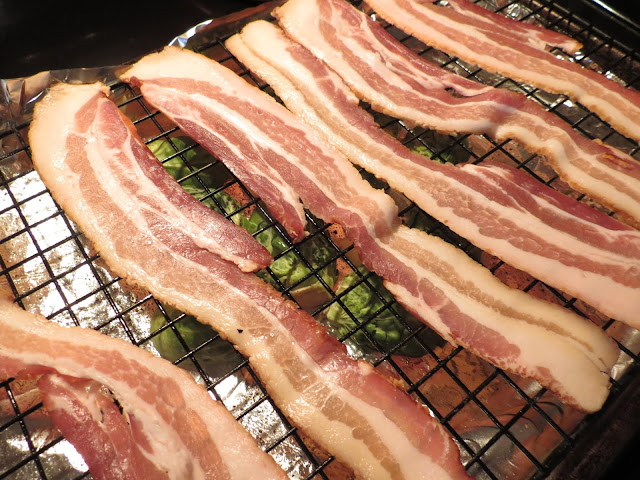 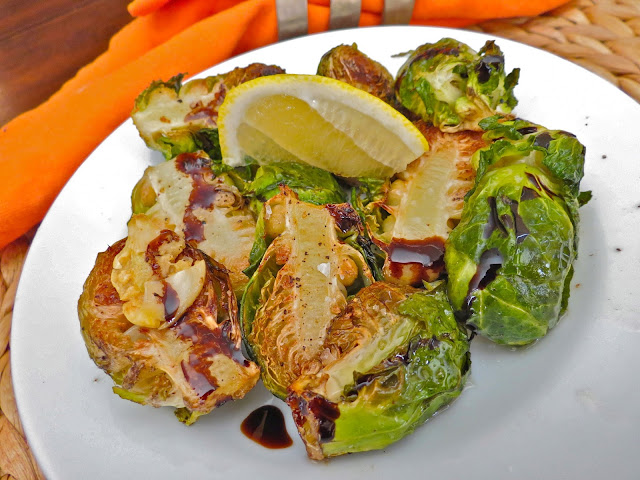 Drizzle some balsamic and squeeze some lemon and you have yourself the perfect little side dish. Perfect choux de Bruxelles!!
Posted by BeeCaveKitchen